While making screenshots during some measurements on my Hantek DSO5202BM oscilloscope for documentation purposes I’ve noticed that the timestamps on all of them were off, displaying 2009.01.01. Setting the time would not persist between power cycles of the instrument, hinting at an RTC battery or chip failure. 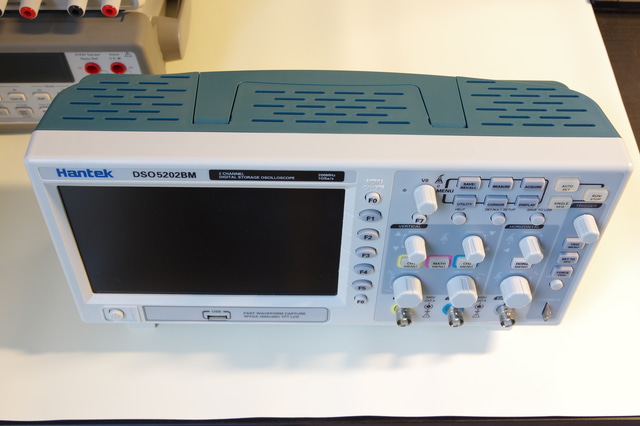 While this post is based on the DSO5202BM model I have, the instructions should work for all the DSO5000BM series oscilloscopes as they really only differ in their firmware. In fact due to similarities it’s most likely applicable to the entire DSO5000 line of devices.

When going into the “Time Setting” menu of the device to adjust the date and time it clearly indicates an error with time keeping. The error message is as follows:

“System time may be inaccurate due to cloc” 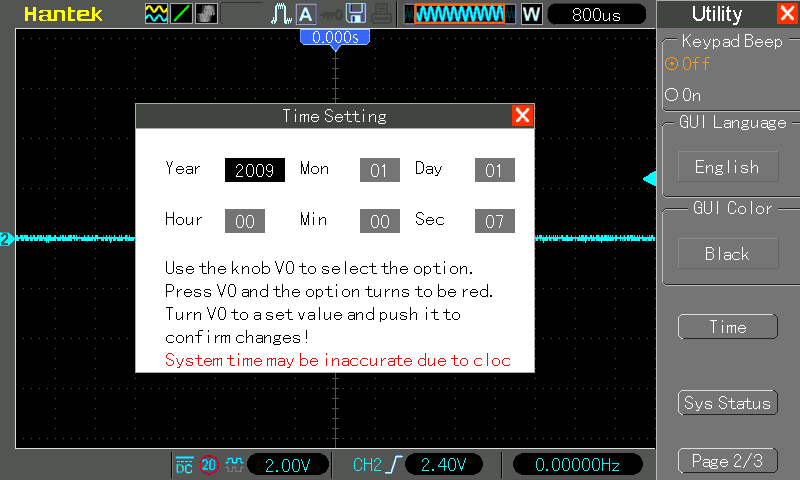 Time setting, starting always in 2009, with an incomplete error message

Unfortunately the UI is somewhat broken, so the actual reason for the error is not displayed. The manual also does not live up to professional expectations as it lacks an error section not to mention a service or repair guide, or dare I say schematics. I guess this is one of the drawbacks of buying a cheap instrument from an upcoming Chinese manufacturer.

Since it’s already out of warranty, in fact it’s a discontinued model, I’ve decided just to disassemble it and check the internals. If I’m lucky it’s just an RTC coin cell battery issue, otherwise some soldering might be required in case of a chip or rechargeable battery failure.

The case is held together by four Phillips screws, two at the bottom at the unfolding legs and two under the handle. The latter screws are a bit less accessible so a thin screwdriver is needed. 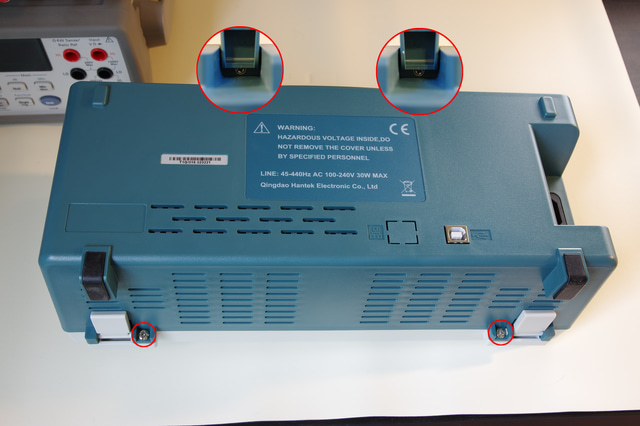 Once the rear cover is removed the fan and the power board assembly is exposed. The more sensitive measurement board is hidden behind EM shielding, which is held in place by five screws. 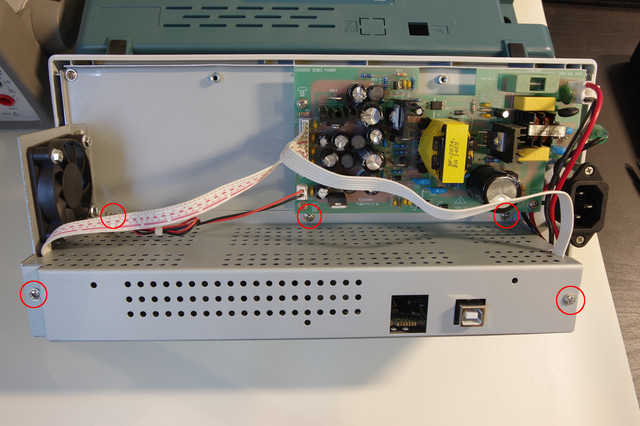 After removing the screws the EM shield can be also lifted off to expose the main board, on which luckily in the top right corner we can find a removable CR2032 3V battery. Hopefully it’s only used to power the RTC, and not some calibration data storage too. 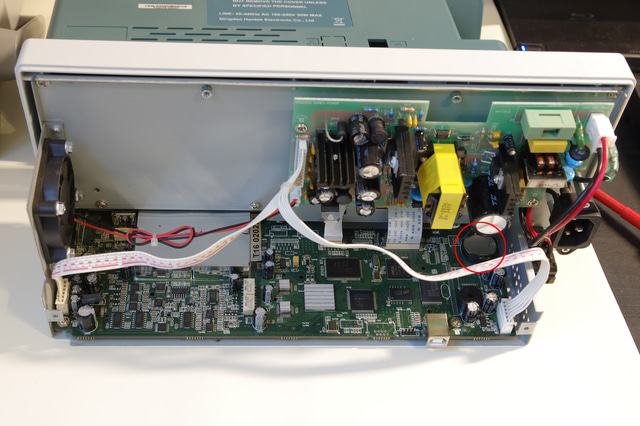 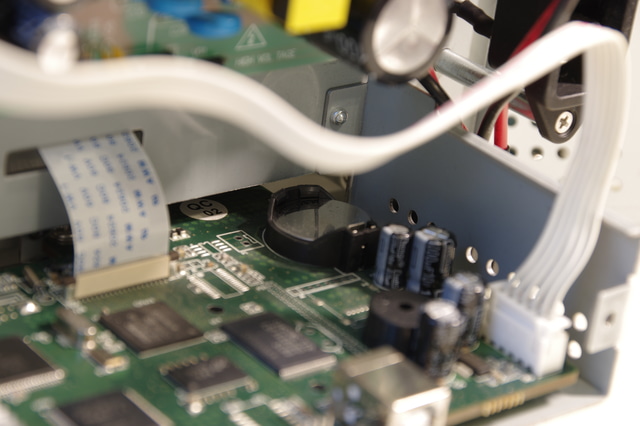 After removing the battery I gave it a quick multimeter check and indeed it was depleted. After popping in a new battery, with the EM shield reinstalled, I’ve tested the time settings again. This time the error message was gone and the set date and time persisted across device startups, restoring the oscilloscope to function within its defined parameters.

Doing my due diligence research on the issue and searching for potential repair guides (which are practically non-existent) took me more time than the actual act of repair. Hopefully this writeup will help others in a similar situation.